The Neotrix magnetic wireless-qi car charger is a device that combines the freedom to place your phone comfortably on you air vent without the need to fiddle everything in place and the beauty of not having to plug in your phone every time you get in your car. The magnet combined with a silicon pad hold your phone in place even when you are riding over bumps.

Charging your phone via the qi-charger is not a problem either. I did have a problem with the charging for quite some time until I figured out that my standard car USB port did not provide the charger with enough power, which lead to really annoying inconsistent charging. For that reason I suggest getting a rather long micro USB-cable to plug it into your cars cigar jack to provide enough power for your smartphone.

Neotrix went with a vent mounting option, which worked fine for me but could lead to some issues in some cars. Installation for the device was nice and easy. Just clip the device onto your air vent and plug the USB-cable in and you are ready to go. 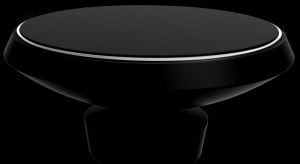 What smartphones are supported?

The compatibility depends on wether your phone is able to charge wireless.

The Samsung Galaxy S7 and S7 Edge has a built in magnet that is strong enough to hold on its own on the magnet of the device. For every other smartphone there is a magnetic ring which you can apply to the back of your smartphone to make it stick.

I really like the Neotrix magnetic wireless-qi car charger for all its features. Since I have found out what the charging issue was all about I am really happy with my device. It is almost perfect for someone who owns a Samsung Galaxy S7 or S7 Edge like I do. Although there was an extra need for a micro-USB cable I had to buy separately, it is almost a perfect device and it will stay in my car for quite a while propably.

Tallinn and Helsinki – Exploring the borders of WWII

Joker Movie Review – The making of a new psychopath

Any cookies that may not be particularly necessary for the website to function and is used specifically to collect user personal data via analytics, ads, other embedded contents are termed as non-necessary cookies. It is mandatory to procure user consent prior to running these cookies on your website.